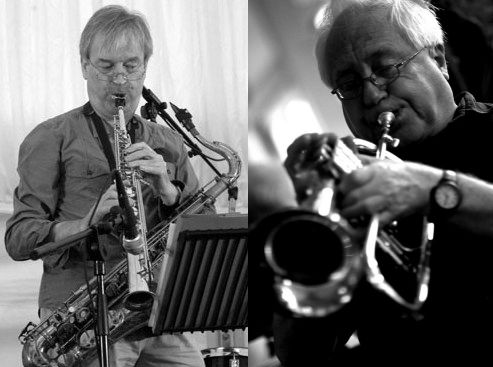 Tonight, as part of the Leytonstone Festival, a rare privilege for the club to present Henry Lowther with his own group ‘Still Waters’. Woodstock survivor Henry Lowther has had a varied career since the 60’s working with both the Gil Evans and George Russell Orchestras, John Dankworth, Peter King, Kenny Wheeler, Charlie Watts, Loose Tubes and John Surman on the jazz scene, to Manfred Mann, Buzzcocks, John Mayall and Keef Hartley at the legendary Woodstock Festival in August 1969. On the classical side, Henry is an accomplished composer, as well as being a featured member of the London Brass Virtuosi. Pete Hurt has quietly been part of the London jazz scene for almost four decades and has developed one of the most uniquely distinguishable sounds and styles. Apart from his great saxophone playing he has also been recognized for his compositional and arranging skills.