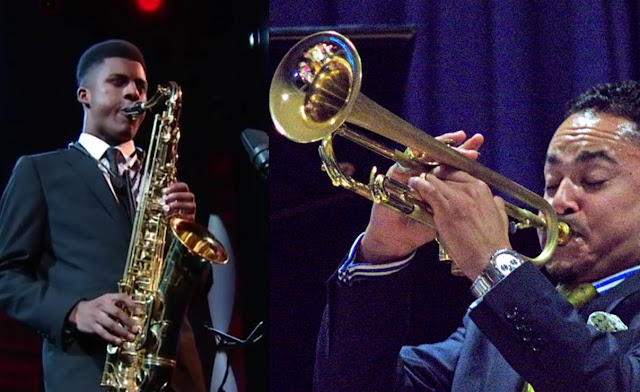 Born in Vancouver, Canada 1982, Jay took up the trumpet at 11 years of age. At 15 he became the youngest artist to lead his own band at the Vancouver International Jazz Festival. Keen to develop his career further, Jay moved to London at the age of 17 where he immediately attracted the attention of Gary Crosby who engaged him as a dep for Jazz Jamaica All Stars and Nu Troop. In 2002 Gary offered him a place in the core band of Tomorrow's Warriors. Formerly co-frontman of the much admired band Empirical, Jay has been a featured  member of Dennis Rollins’ Badbone & Co and has performed with Andrew Hill, Wynton Marsalis, Ray Brown, George Benson and Hugh Masakela. Tenor player. flautist and composer Xhosa Cole was winner of the BBC Young Jazz Musician award for 2018. Bassist James Owston was another of the finalists.