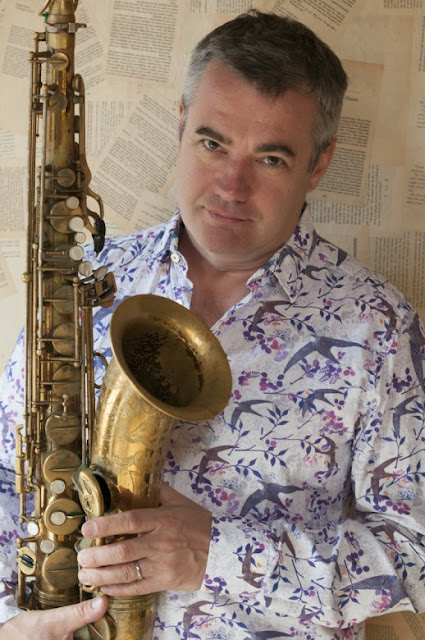 As a saxophonist and composer, Mark Lockheart's work often defies categorisation and crosses the boundaries of the jazz, new music and folk worlds. Mark came to prominence in the mid 1980s with the influential and radical big band Loose Tubes, which he toured with throughout the USA and Europe and recorded with until its demise in 1989. In the mid-nineties Mark toured extensively with Django Bates' Delightful Precipice. Subsequent projects include Mark Lockheart's In Deep, Seb Rochford's Polar Bear, Perfect Houseplants, Disassembler and Robert Wyatt’s Soup Songs. Voted ‘Parliamentary Jazz Musician of the Year’  for 2010, Mark's CD 'Days Like These' features seven original compositions played by Mark with the NDR Big Band. In 2013 Mark released ‘Ellington In Anticipation’ a radical reworking of Ellington tunes with an all star line up including pianist Liam Noble. Most recently Mark has completed a major jazz/orchestral work titled Days On Earth for jazz sextet and 30-piece orchestra, released on Edition Records in January 2019.