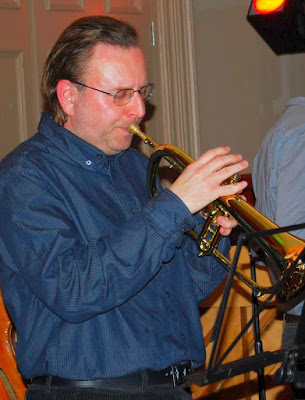 Martin Shaw was born into a family of musicians, both his mother and father being accomplished pianists. He began piano lessons at the age of 9 and started studying the trumpet at the age of 11. Four years later Martin became a member of the National Youth Jazz Orchestra of Great Britain and remained there for 3 years. He subsequently gained a place at the Royal Academy of Music in London. In 1989 Martin was invited to study at Berklee college of music in Boston. Martin has worked with many leading jazz artists including Cleo Laine, John Dankworth, Pete King, Dick Morrisey, Tim Garland and numerous big bands including the BBC Big Band; he has also recorded, performed live and toured extensively with various pop artists including Sting, Jamiroquai, Natalie Cole, Paul Young and the Brand New Heavies. In 2001 Martin was appointed professor of Jazz Trumpet at the Birmingham Conservatoire.