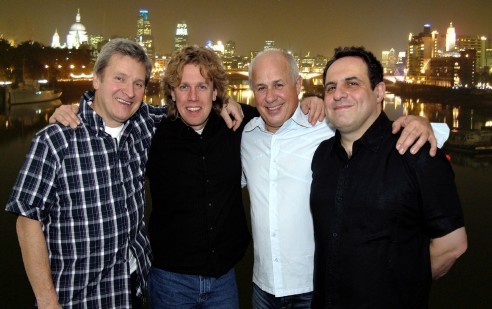 Chris Laurence has maintained a dual career in both jazz and classical music. In the classical world he was principal double bass with the Academy of St. Martin in the Fields Orchestra until 1995, playing on many of their famous recordings. Jazz artists he has recorded with include J.J.Johnson, Tony Coe, Joe Williams, Sarah Vaughan, Clark Terry, Johnny Mathis and Lena Horne. He also spends a lot of time recording music for TV, Film and Albums, most notably “Leaving Las Vegas”, Ken Loach’s “Looking For Eric”, “The Constant Gardener”, Howard Shores’ score for “Hugo” and most recently was featured on the sound track of Mike Leigh’s “Mr Turner”. In 2007 he recorded a CD with his own jazz quartet titled “New View”, along with Frank Ricotti (vibes), John Parricelli (guitar), Martin France (drums) and featuring Norma Winstone (Vocals). As well as jazz and classical music, Chris has also featured on albums including Elton John, Sting, Peter Gabriel, Mary Chapin Carpenter, Joni Mitchell, David Gilmour, Michel Legrand and guitarist John Williams.